Congratulations to our 2022 Wishbone Invitational Finalists!

Thirteen Winnetka Warrior teams competed in the Wishbone Invitational this year and four teams made it to the championship game. Congratulations to finalists Mite 2, Mite 4, Squirt 1 and Peewee 3 for a great tournament! Go Warriors! 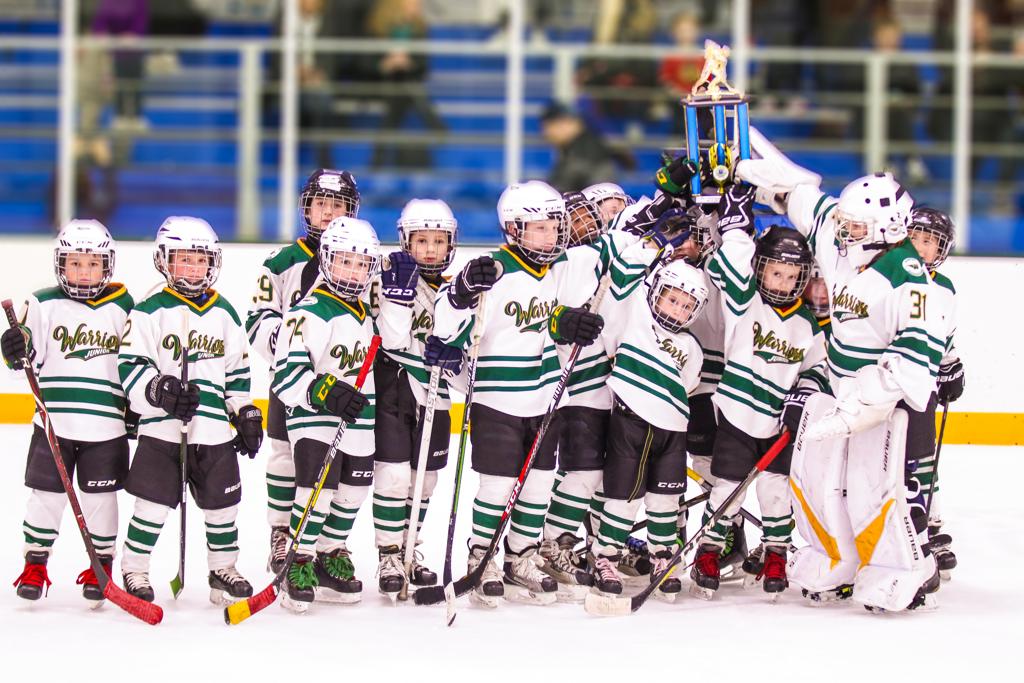 Tom Gullen on The Wishbone Invitational

read the code of conduct for players, parents and coaches

THANKS TO HANOLD ASSOCIATES AND ALL THE WISHBONE SPONSORS!

House League season is here! Great fun for ages 5-14 of all skill levels 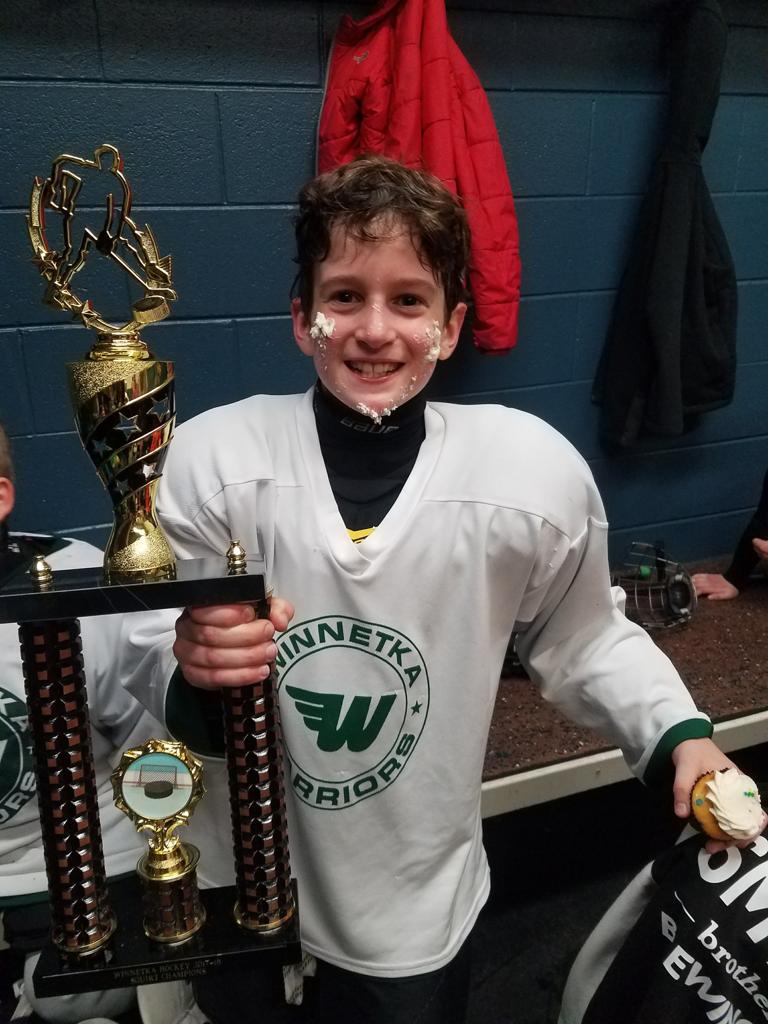 Congrats to the Former Warriors Who Just Made Their First High School Roster!

READ ALL ABOUT IT

Players, parents, friends, coaches and alumni all came together on a beautiful Sunday afternoon to celebrate WarriorFest, the Club's annual pre-season get together and fundraiser.

Winnetka Skills Clinics: Designed for Success on the Ice 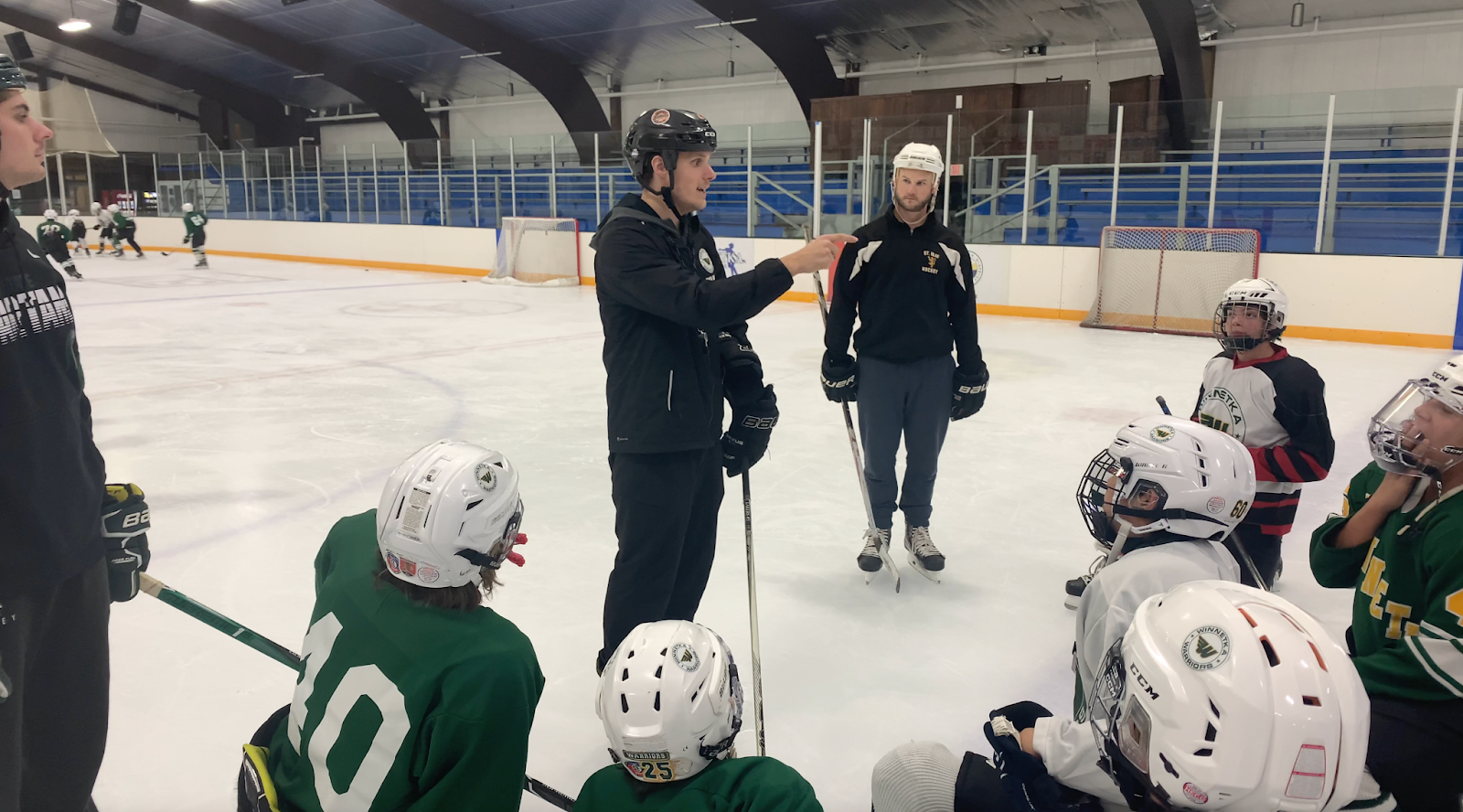 The Winnetka Hockey travel program has always featured skills training as part of its curriculum alongside team practices. Under Hockey Director Chris Wickersham, the program has been refreshed with new types of skills being taught and an emphasis on drawing out these new capabilities in game situations.

“The difference is teaching where and how to use the skills,” says Wickersham. “We have drills that are specifically designed to bring these skills out, rather than leaving it to the kids to figure that out.”

A recent visit to the Winnetka Ice Arena illustrated what Wickersham meant. The session, comprised of Pee Wee 1 and Bantam 2 players, started with 4 to 5 skills coaches (see below for bios) demonstrating how to do a weight shifting technique for puck protection. Once the players had run through the drill for about ten minutes, they moved immediately to small-area games where the skill was reinforced in situations that simulated a game. The coaches provided real-time feedback when a skill was – or wasn’t – utilized properly. According to Wickersham, the skills will be reinforced throughout the season to make sure they stick. In other cases, specific skills will be stitched together and combined into other drills.

“In youth hockey, mastery of skills creates an advantage for players,” Wickersham says. “It’s about the skills themselves, and then understanding and having recognition of [their application]. It’s situational awareness in a game. For example, when is it best to leave your man to help a teammate [in a puck battle]. Or recognizing when your numbers are higher or lower than your opponents in a situation.”

“These are elite skills taught at the college and NHL level,” he says. Now they’re being brought to the younger players at our club. 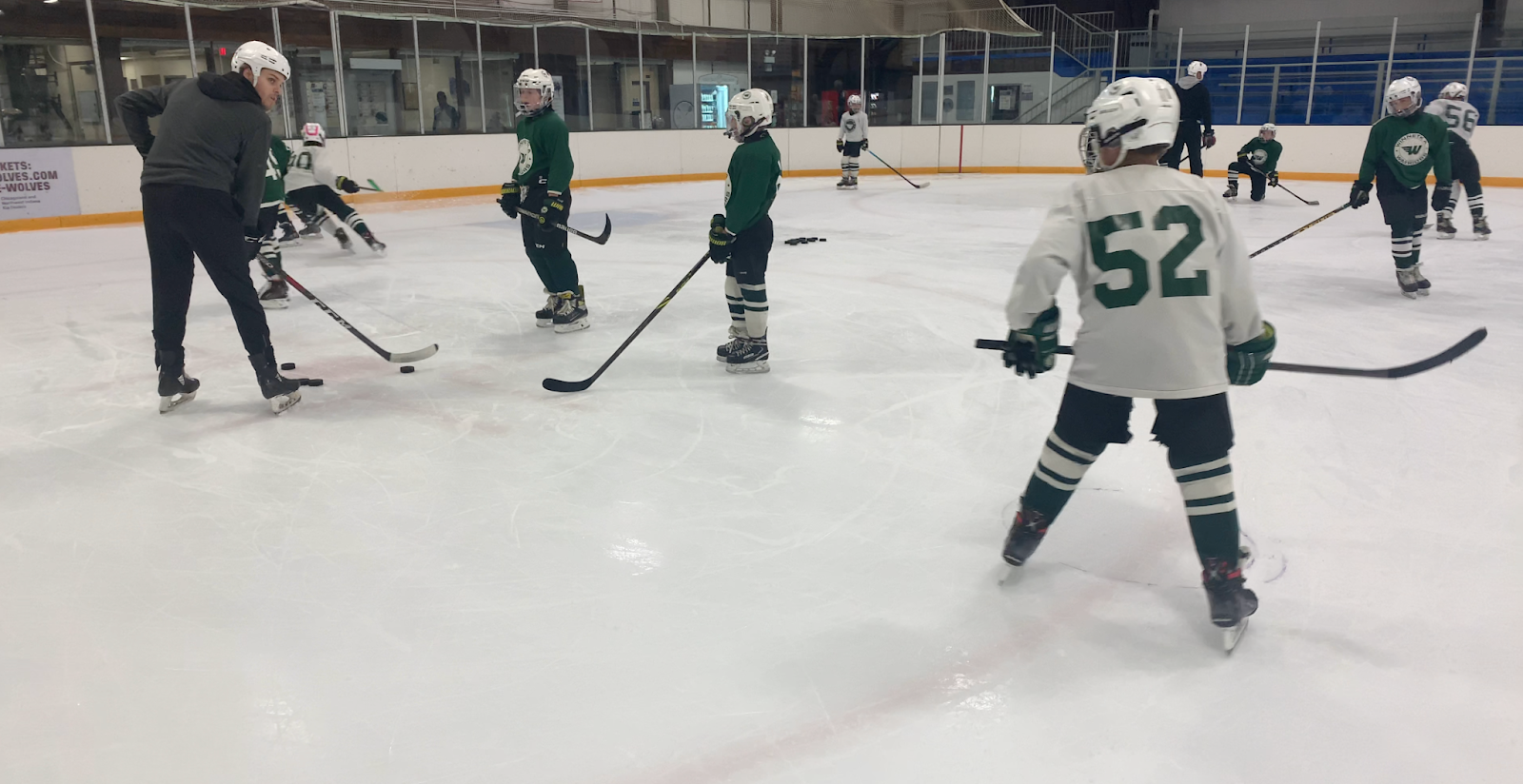 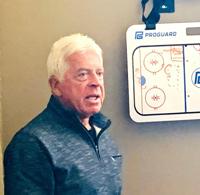 The conversation included video study, whiteboard sessions, and a lengthy Q&A, providing a rare opportunity to tap into the wisdom of a coach who's served as an assistant to the Sabres, Penguins, Red Wings, and Coyotes. Smith won three Stanley Cups with the Red Wings, two with the Penguins, and two more as Director of Player Evaluation and in other roles with the Blackhawks.

“As with our players, I feel it’s very important for our coaches to continue to learn and develop their craft,” said WHC Hockey Director Chris Wickersham.  “Providing them access to professional coaches like Barry Smith is a great way for us to grow and improve ourselves, and our Club.”

“The session with Barry covered all facets of the of the game of hockey and was truly inspirational,” said Coach Bob Wilson. “I think [it’s] going to provide a springboard to get all of us coaches on the same page with the concepts we’re learning heading into the season, and that will be huge for player development.” 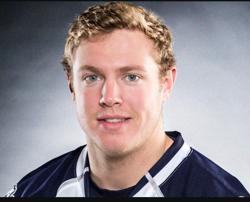 One of the few native-Chicagoans to compete at the highest levels of professional hockey, Allen began his career at the Latin School of Chicago before moving on to Team Illinois, eventually becoming the team's captain. From there, he played on the junior level in St. Louis and Sioux Falls, SD before turning to collegiate hockey at Hockey East stalwart, UMass Amherst.

By his junior year, he was turning the heads of NHL scouts and signed with the Rangers at season's end. Allen spent two years in the Rangers organization, alternating between the NHL and the team's AHL affiliate, Hartford Wolfpack.

The defenseman spent two more seasons at several different AHL franchises including the Grand Rapids Griffins before heading to Europe in 2018. He rounded out his career with three seasons in the Czech Extraliga, one of the top 5 competitive professional hockey leagues worldwide.

“Having had the opportunity to work with Conor during his playing career, I couldn’t be more thrilled to add a coach who is familiar with our learning and teaching philosophies,” said Wickersham.

"He has a way of breaking it down for young players that makes him a good fit for our club."

"I’m just going to try to add whatever I can," Allen said. "Spring is a great time for the kids to focus on the fundamental skills that make them better hockey players. "It will be a lot of fun." 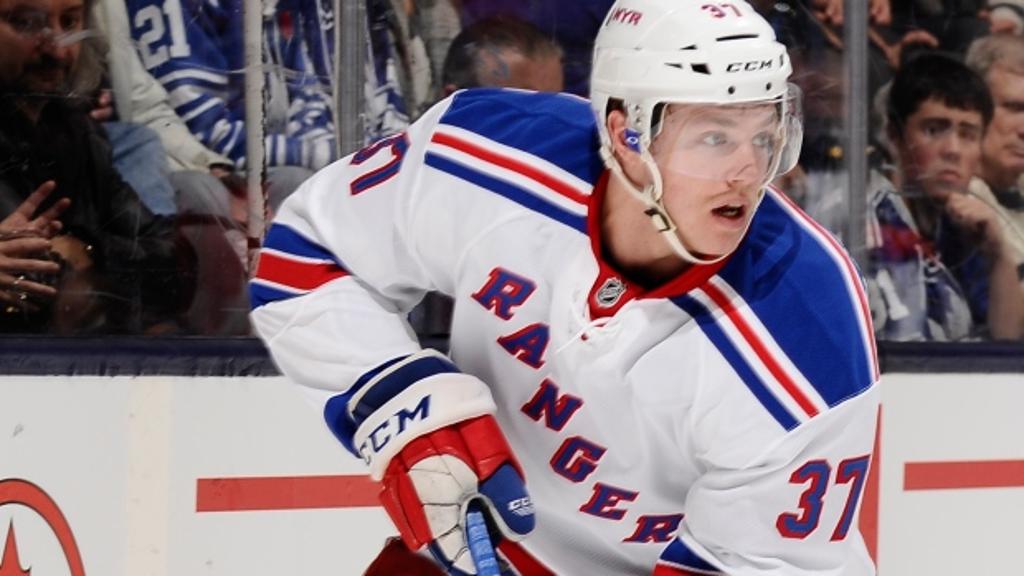 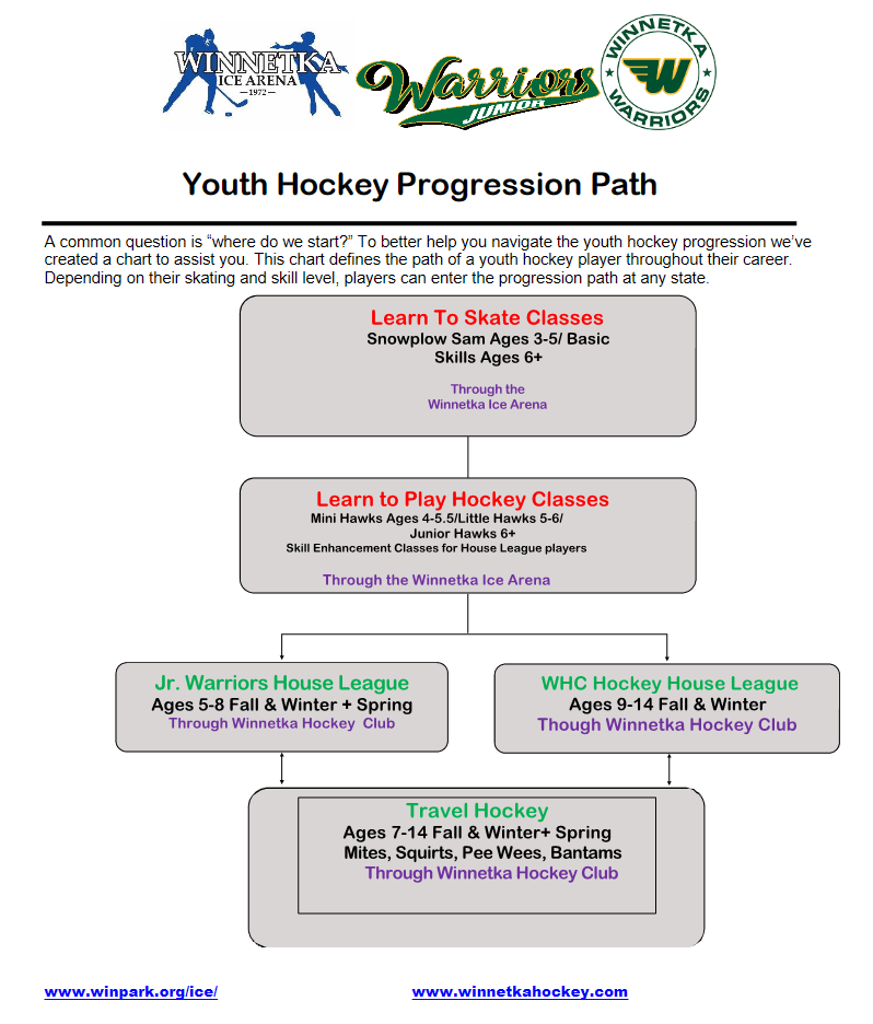 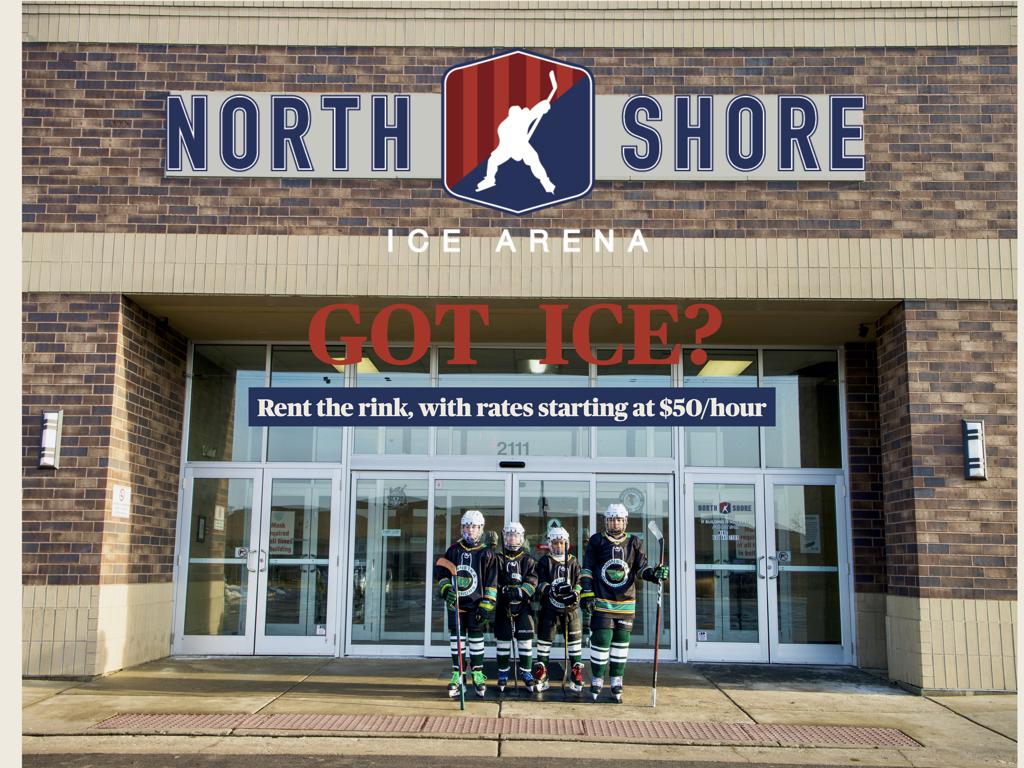 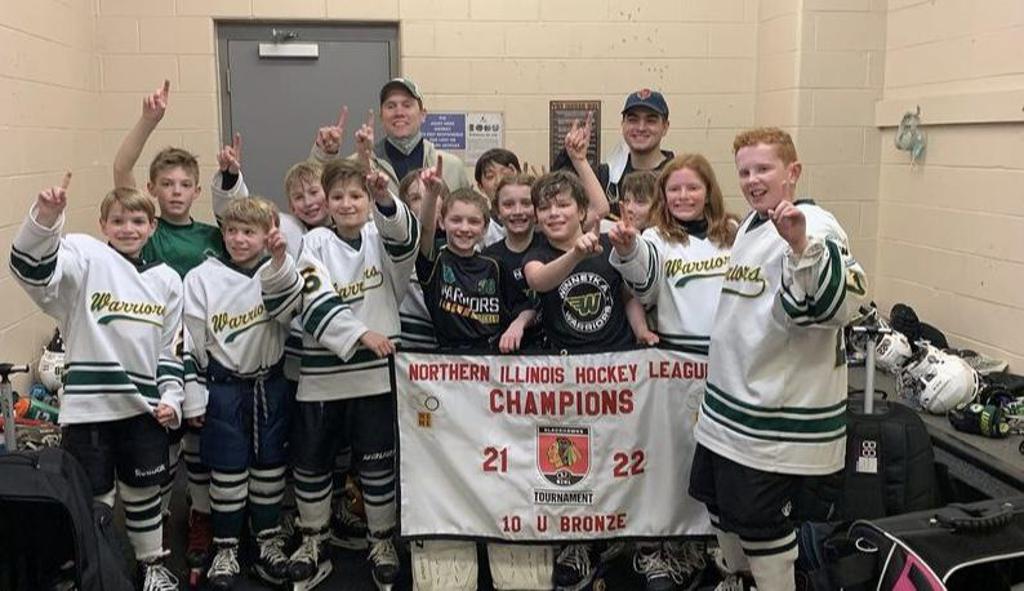 Please use this link to look at photos and order.

Subscribing to an iCal Feed

Short tutorial to link a team or clinic group to iCal.